For the second year in a row, the University of Kansas HorrorZontals were picked to finish first in the Ozark Section Top 10 Preseason Poll. Last year the poll chose Kansas to win the sectional crown, but the HorrorZontals were upset in the semi-finals by Washington University. The Contrabears went on to claim the section for themselves by defeating Arkansas in the finals, 12-11.

The poll – which is in its second year – consisted of the South Regional Coordinator, the Ozark Sectional Coordinator, representatives from nine teams, and two members of the media. All teams in the section were eligible to vote, although several teams never returned their ballots.

Here is the second preview in a series of profiles on teams from the Ozark section. Many thanks go out to the Apes for getting this to us so it could be out before their season started. Good luck in Florida. 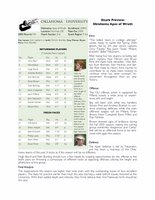 This is the first in a series of profiles on teams from the Ozark section. Enjoy! Thanks to the Harding guys for sending in the information. Click on each page separately to read. 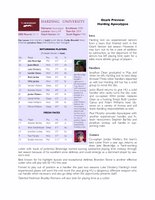 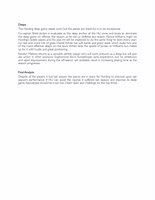